A doll I made for Jimbo..

The 90th Panzergrenadier Division...This division served in north Africa as well as Sardinia and Italy and played a major role in most of the actions against the Allied 8th Army in the western desert and eventually surrendered to the Allies in Tunisia in 1943. It was re-constituted later in 1943 and deployed to Sardinia. When the expected Allied invasion of Sardinia failed to materialize the 90th was moved to Italy. It was engaged in actions against the Allies in Italy from 1943 to September 1944 when the division was listed as "destroyed" south of Bologna. Formation
On 26 June 1941, the OKH ordered the creation of a Division HQ staff for Kommando zbV Afrika in Germany. The planned division was intended for deployment to Africa to re-balance, and add infantry troops to the DAK deployed in the Western Desert. The formation headquarters was sent to Africa between late August and mid September 1941 and deployed to command the Sollum area with the first units (347th Infantry Regiment and 300th Special Services "Oasis" Battalion) being attached on 15 October 1941.On 20 October more units were attached (155th Inf Regt, 900th Engineer Battalion and 605th Anti Tank battalion) and the division troops were expanded to full strength with the division becoming known as Division z.b.V. Afrika.
The subordinated 288th Special Service Unit, originally known as Sonderverbande 288 was a regimental sized, special operations unit consisting of sub-units with various combat specialties including mountain and desert warfare, night operations and infiltration. This unit was formed in Potsdam in 1941 from specialist soldiers with previous experience in the deserts of the Middle East and North Africa. Two battalions from Sonderverbande 288 and one locally recruited Arab battalion were later amalgamated to form the 155th Rifle (later Panzergrenadier) Regiment within the division.[3] The 361st Regiment contained 300 legionnaires were had been selected by the Germans from the French Foreign Legion; brought about by the Wehrmacht's incessant need for additional troops.
Training was completed in the Bardia area and the division was earmarked by Rommel to lead the attack on Tobruk. On 28 November 1941, the formation was renamed 90.leichte Afrika Division (90th Light Africa Division).[4] Through its five-year existence, it was re-designated several times, although always known colloquially as the Africa Division, being the only German combat division to have been largely raised in Africa itself.
Afrika Korps infantrymen enter Tobruk after the Allied collapse in June 1942
African theater and surrender in Tunisia
It fought for the remainder of the North African campaign, finally surrendering to the Allies in Tunisia in May 1943. It was regarded apparently[citation needed] by the 2nd New Zealand Division as their special foe, as the two formations faced each other on several occasions.
Sardinia and destruction in Italy.
As with the other units of the Afrika Korps, replacement units were quickly raised from available troops stationed in Western Europe. As such, the Africa Division was reconstituted as the 90th Panzergrenadier Division in Sardinia during July 1943. Evacuated from Corsica with the Sturmbrigade Reichsführer SS to the Italian mainland in October 1943, the division appeared opposite both the Americans and British as they pushed north. It was then very nearly wiped out in the bitter fighting with the 1st Canadian Infantry Division along the Moro River in late November 1943. A short time later it was withdrawn into reserve at Frosinone and redesignated 90th Grenadier Division (Motorized). While still rebuilding, it was deployed piecemeal along the front in response to the Allies spring offensive in 1944 to serve as a rearguard while the balance of the German units in southern Italy fell back to the Winter Line. Shifted southeast from the Franco-Italian border in September 1944, 90th Grenadier was finally listed as destroyed in the fighting south of Bologna. The remainder of its personnel surrendered to the Brazilian Expeditionary Force (FEB) in Italy in April 1945. 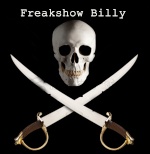 Nicely done, with many great details.

Love the use of the Africa Corp Arm band. great fig all around 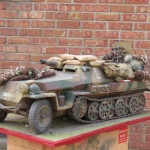 I'm not seeing any pictures, or is it just me.